A Great Year for our Juniors

On Saturday 2nd September, we held the Junior Club Championships. 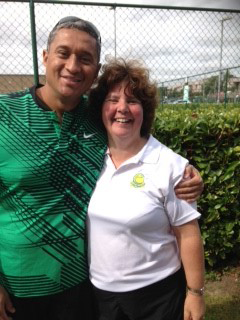 The winner in the U16 category was Eoin Power and the runner-up was Euan Selrirk. There was a very close match and each participant enjoyed the challenge of such a close match.

The winner in the U12 boys was Zachary Barry and the runner up was Robert Paoletti.

For the girls U12 the winner was Aoife Reville and the runner was Chantelle McCarthy.

We have 8 participants in the U10 category, five boys and three girls. This was our largest category in the Championship and some great tennis was played by all. The winner was Lorcan Binongo and the runner up was Daniel Paoletti.

Keep up the tennis and we will see you in the Club Championships in a few years time.

I would especially like to thank all the volunteers that helped out on the day. These were Peter Walsh, Robert Crocker-Dunne, Os Cascante, Mary Gerarty, Eleanor Flaherty and Sandro Paoletti. The competition could not have been held without their time and assistance.

On behalf of the Junior Sub-Committee